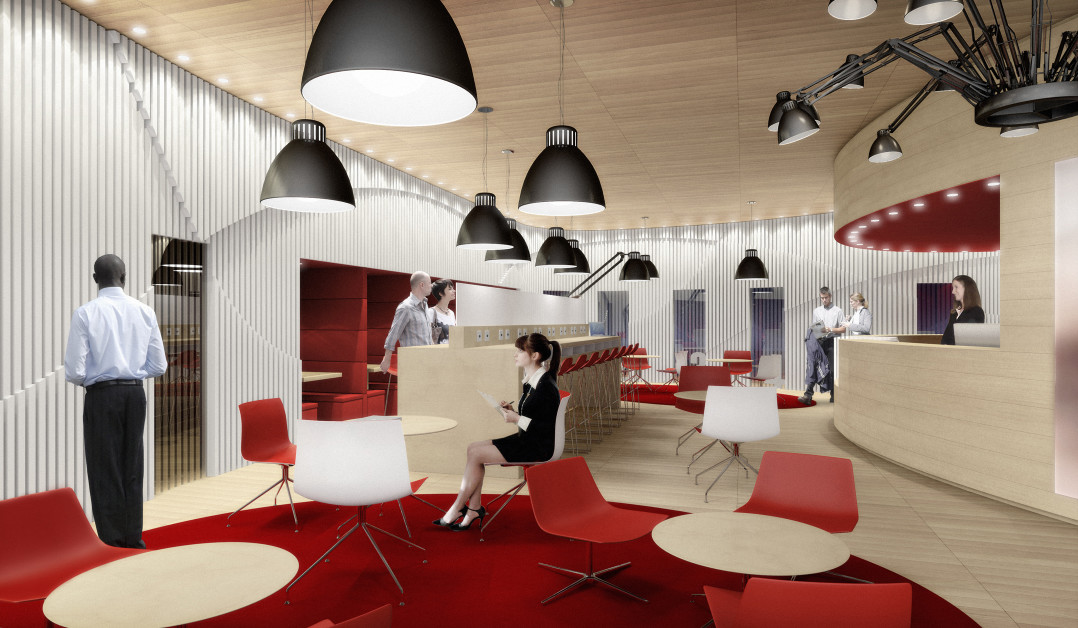 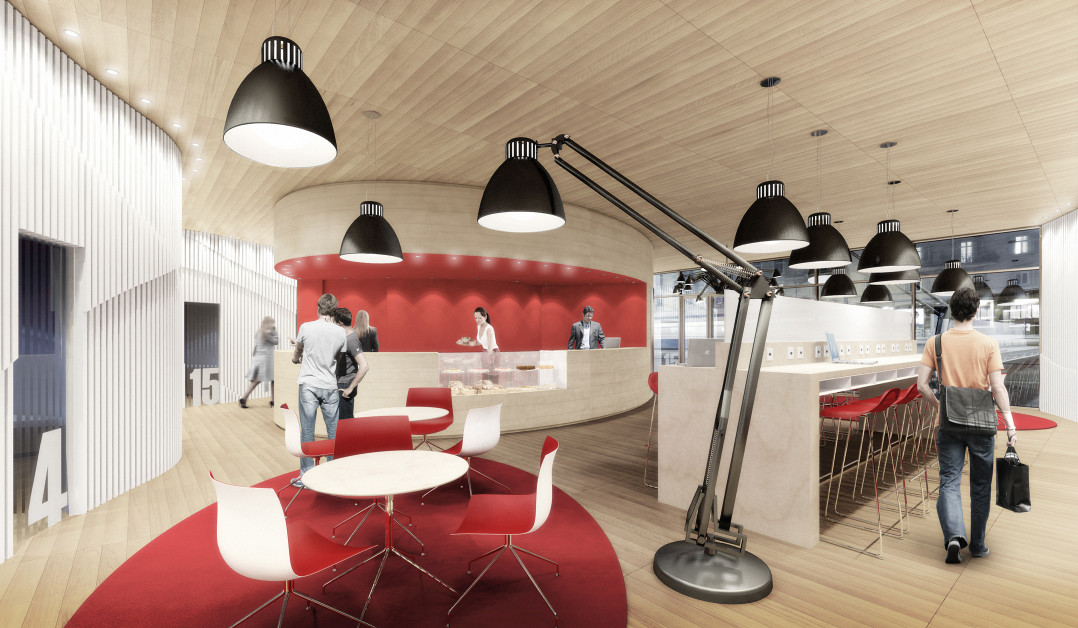 The Second (and a half) Place

Rigid structures in our society are beginning to dissolve. The boundaries between work and leisure can no longer be drawn sharply. In terms of space, more and more places with a hybrid character are being created. Until twenty years ago, a distinction was made between two environments that decisively and almost exclusively determined the everyday life of us humans. Our home was called “The First Place”. “The Second Place” was the working world. “The Third Place” was added in the 1990s. It was used to refer to privately owned public places. Places that are often shaped by commercial interests, but still pay homage to a community idea. Places where you can feel at home outside of home – together with other people. Starbucks has repeatedly referred to itself as such a “third place”.

The concept of the Swisscom Office Lounge is intended to provide the business professional with a short-term location where they can work undisturbed and in concentration, where they can network or hold a meeting. The office lounge should also offer the opportunity to eat in a neat atmosphere. The borders are blurred a little further. A place is created between "Second Place" and "Third Place". To put it bluntly, the Swisscom Office Lounge becomes a “second and a half place”.