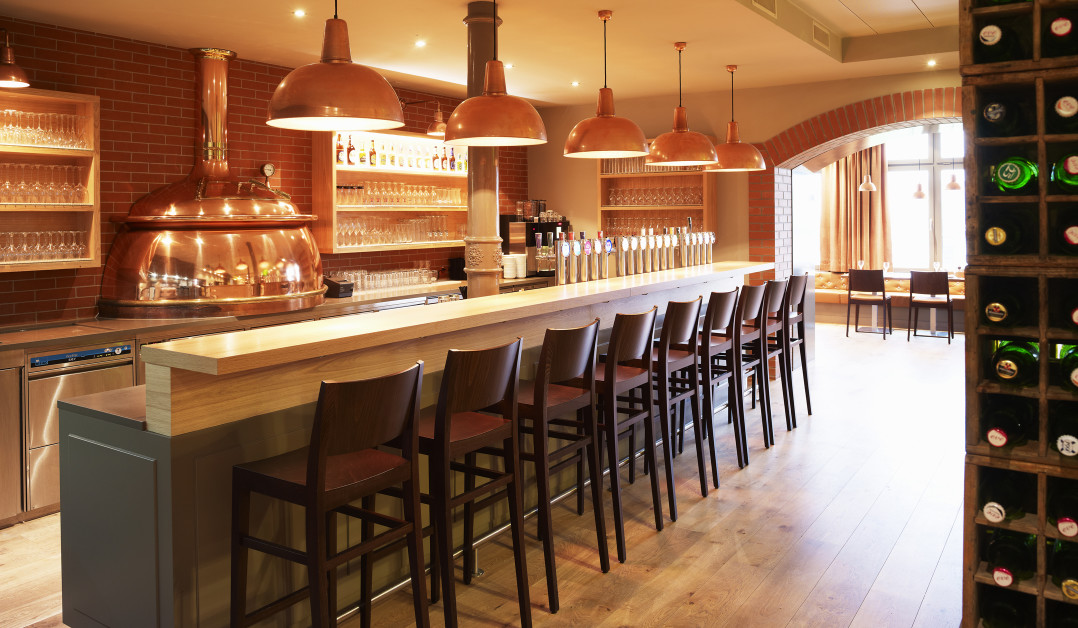 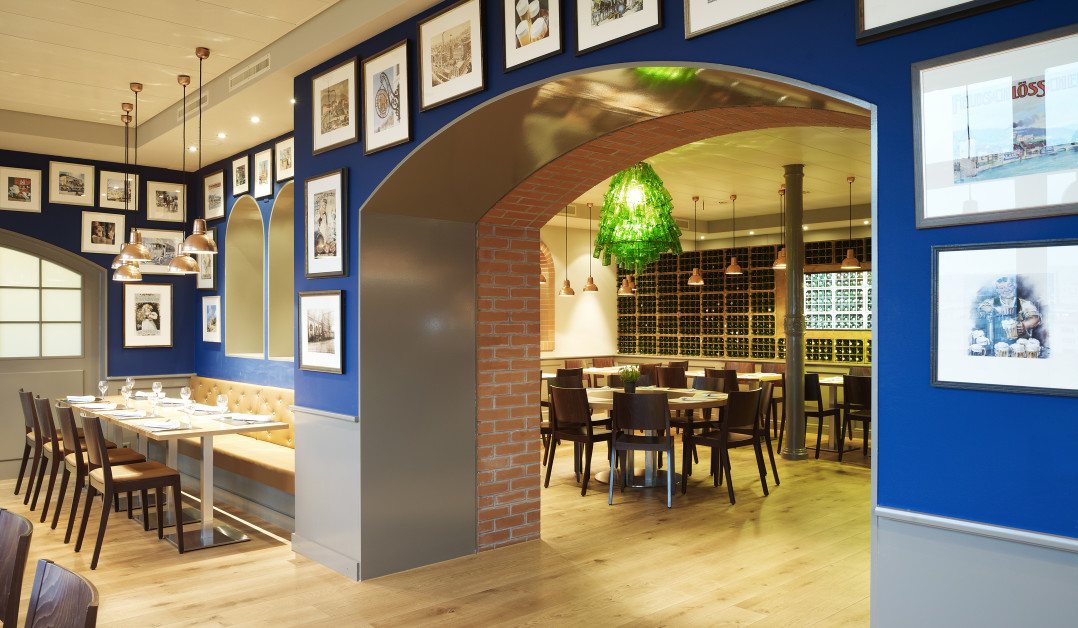 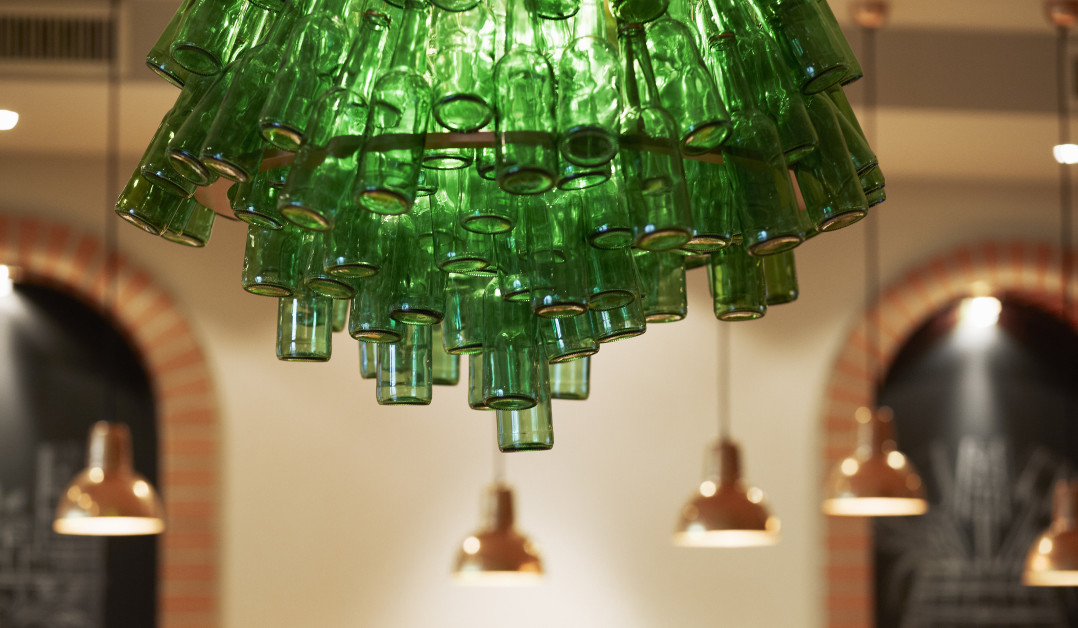 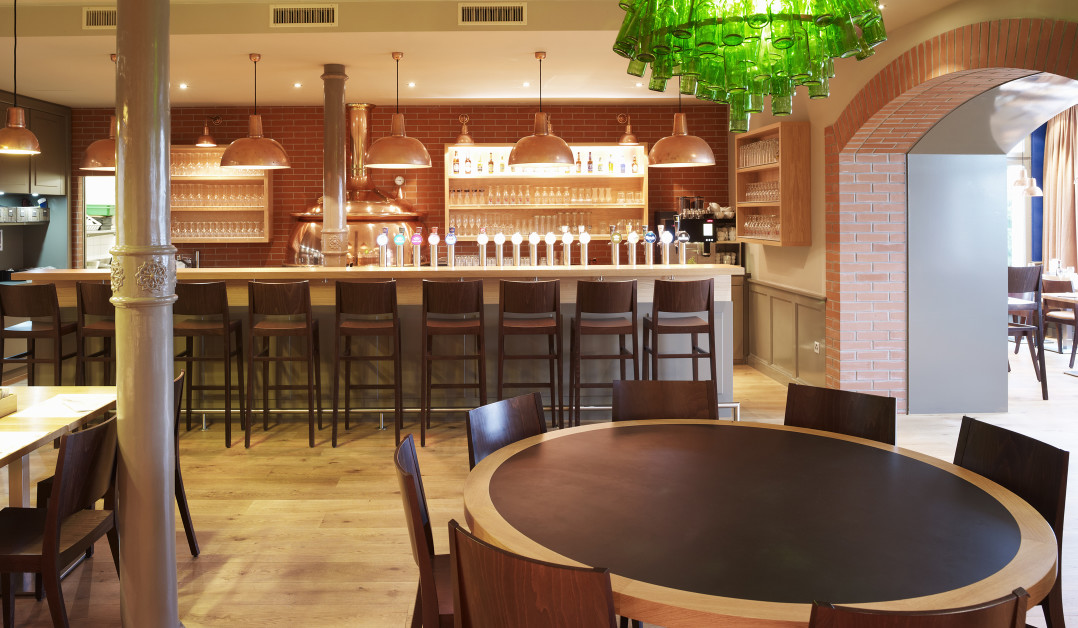 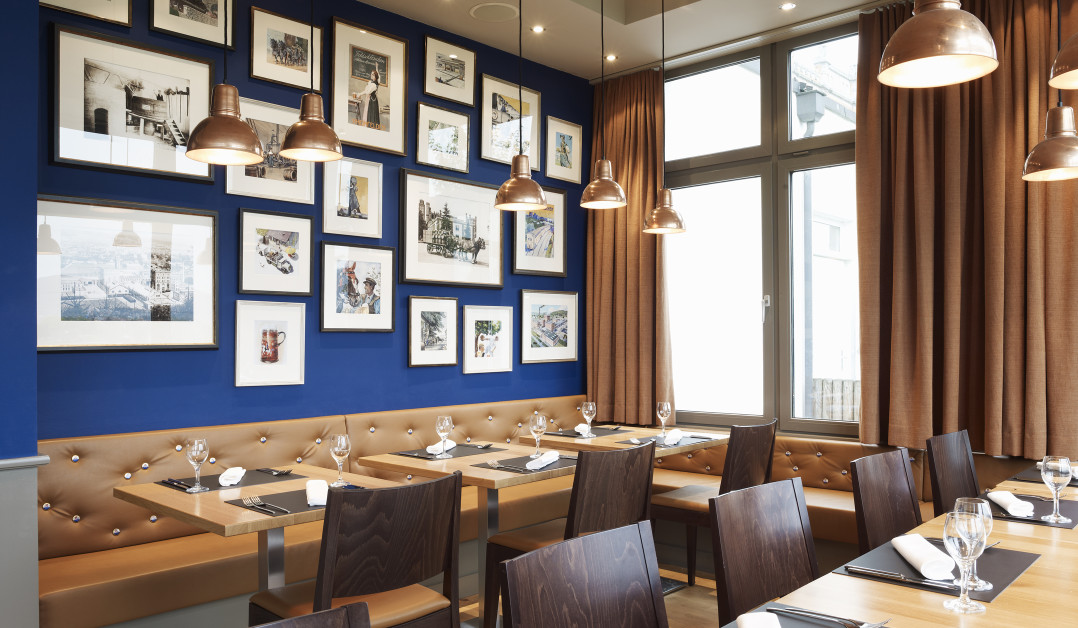 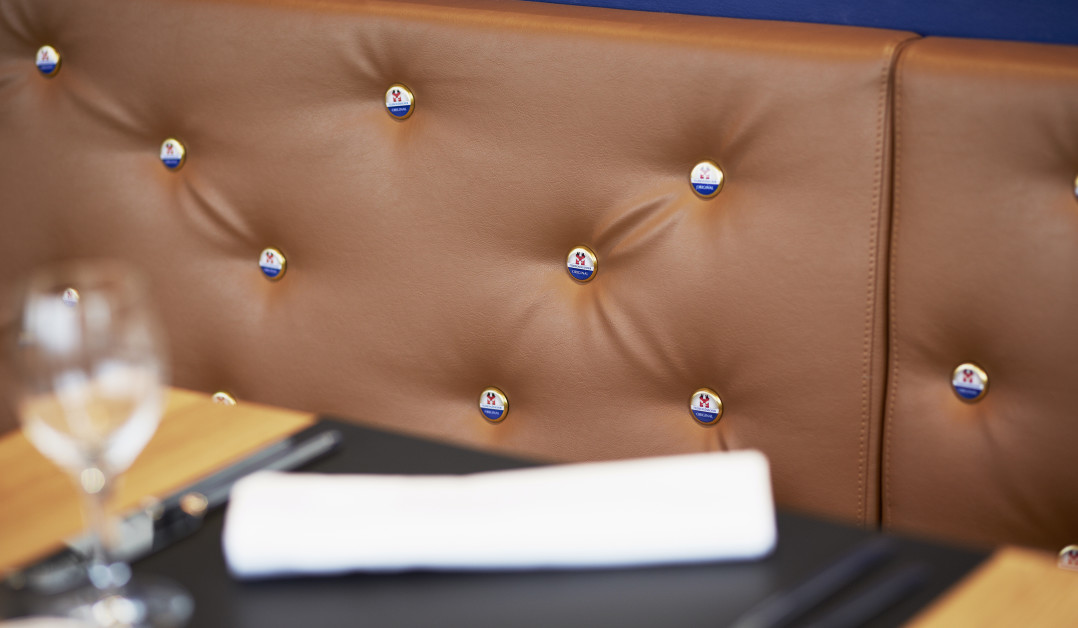 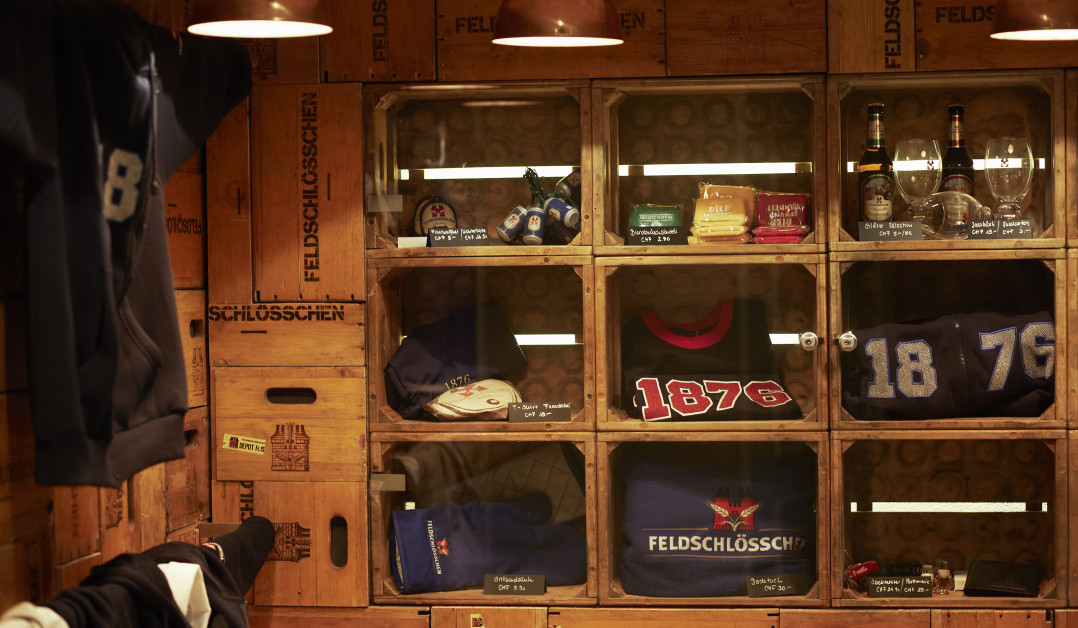 Authentic beer culture should once again be perceptible in the venerable inn building on the grounds of the Feldschlösschen brewery in Rheinfelden. The aim was to design a restaurant concept that made the values ​​and philosophy of Feldschlösschen recognizable to the guests in a subtle way, without becoming a pure marketing vehicle. A place has emerged that represents living beer culture, that is authentic and down-to-earth; it stands for traditional values ​​but is still fresh and modern.

All the materials used create a strong visual and atmospheric relationship to both the brewery and to beer. For example, wide oak straps have been used for the flooring and brick clinkers for wall cladding. The lights are made of copper, and their shape is reminiscent of the brew pans in which beer is still brewed today. A wall is painted in intense blue and forms the background for numerous pictures from the history of the Feldschlösschen brewery. Another wall depicts scenes from the world of beer drawn by hand and in chalk, with original details such as a wall separating rooms made from old wooden beer crates, upholstered seats with a cap made of bottle caps or a chandelier made from green beer bottles that add much to the informal and cheerful atmosphere in the Feldschlösschen restaurant.