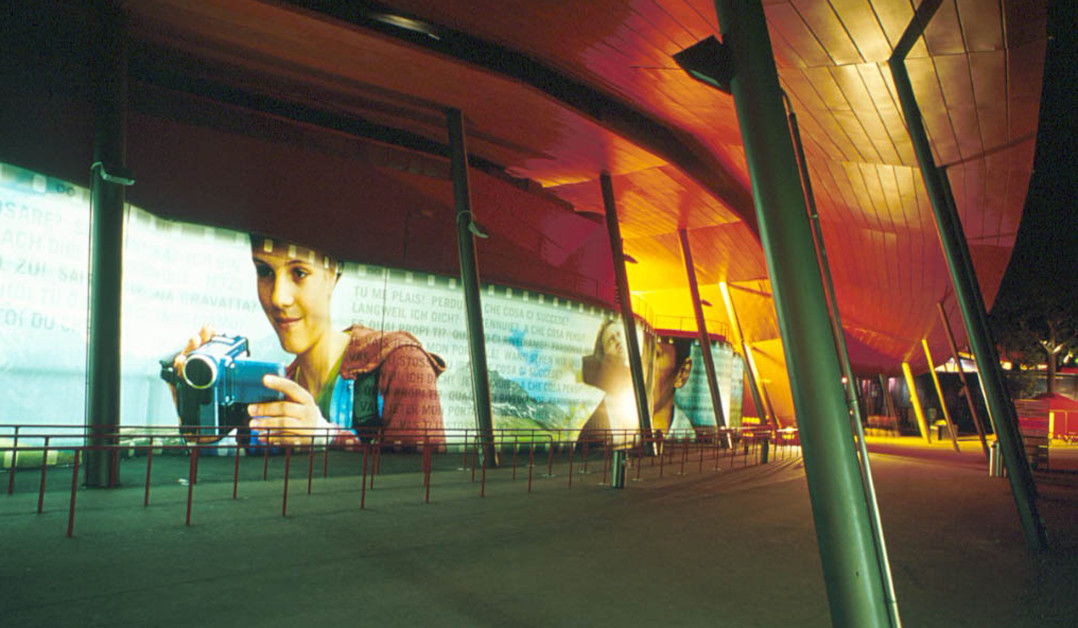 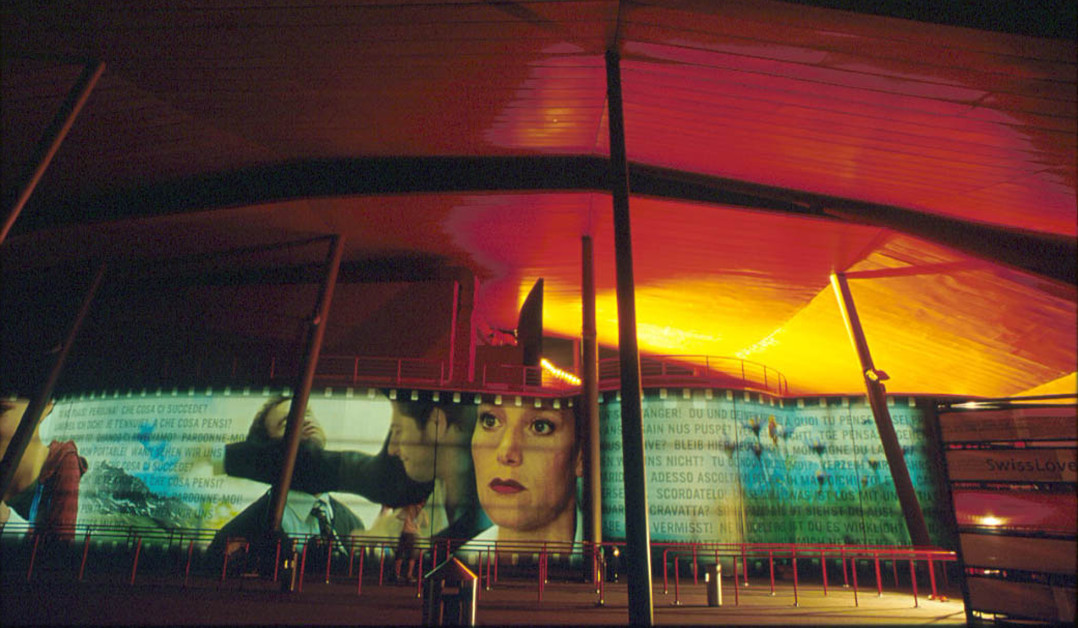 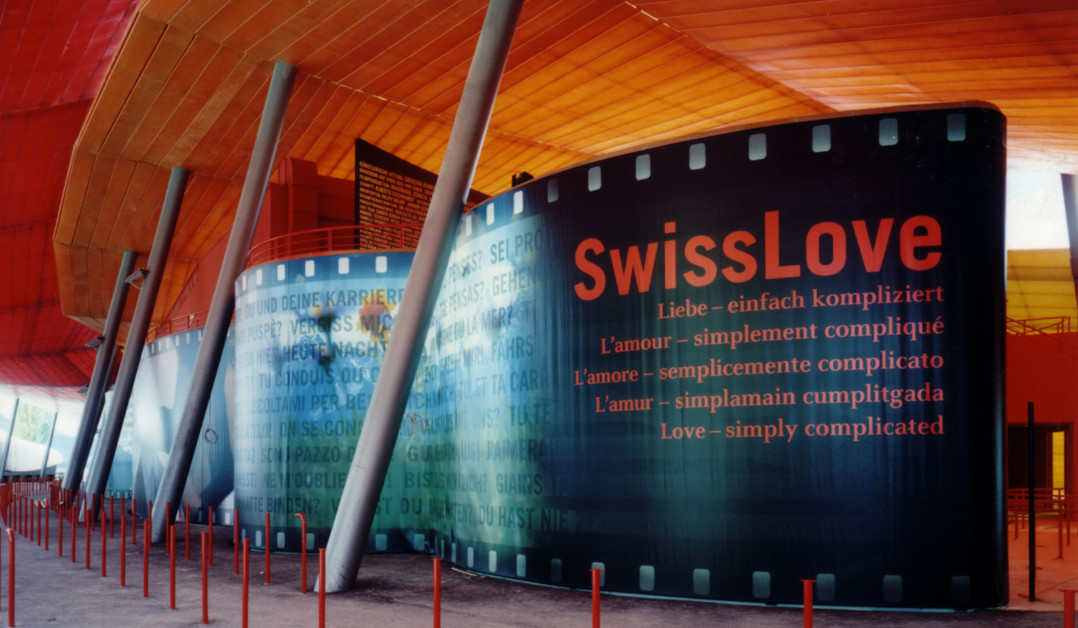 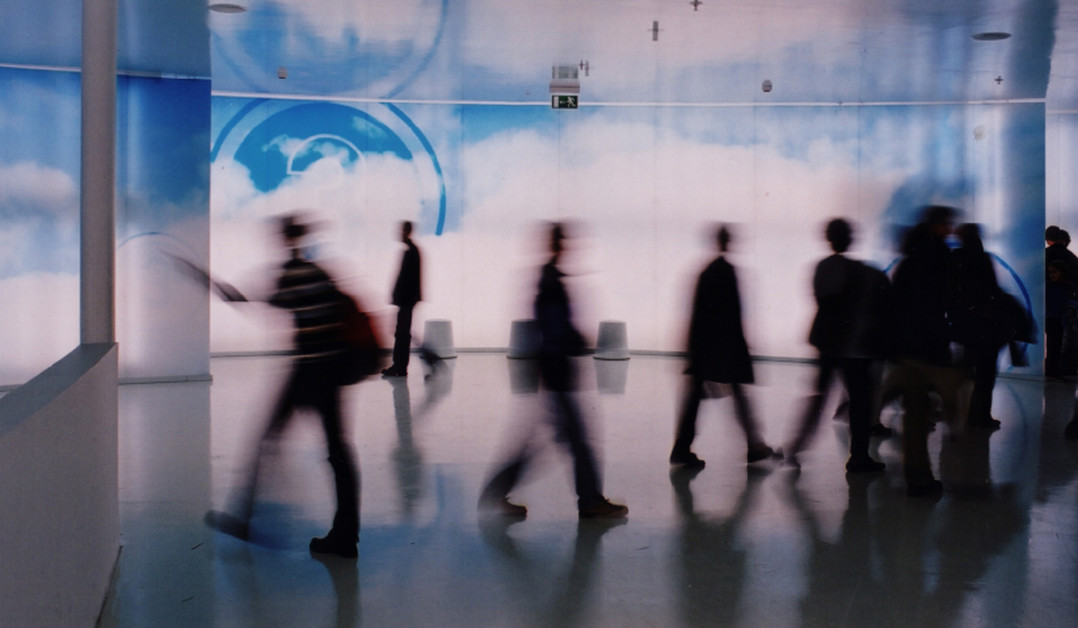 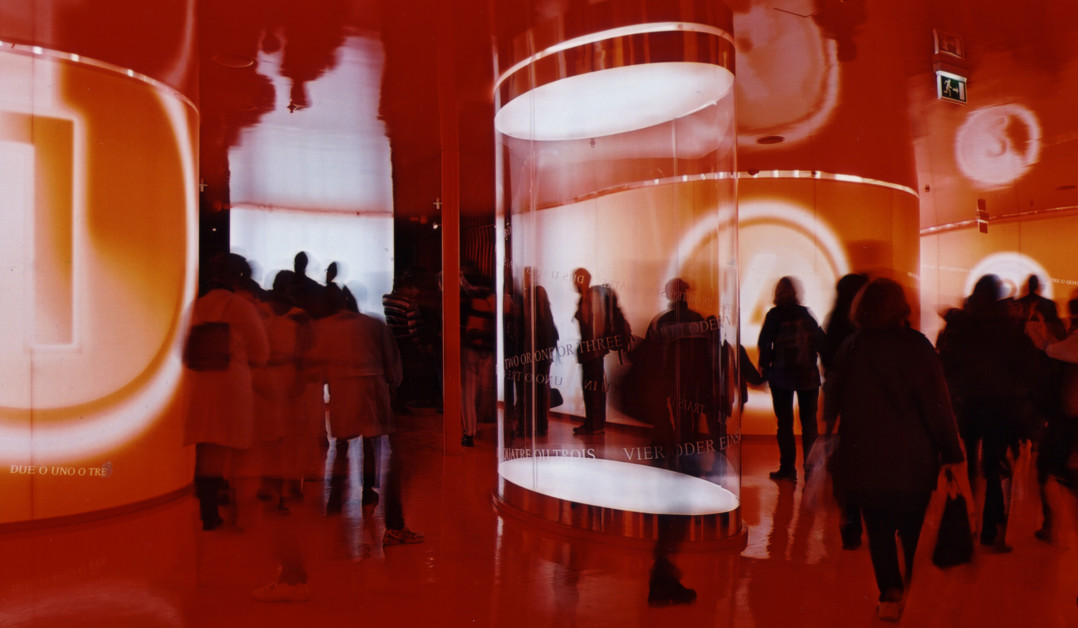 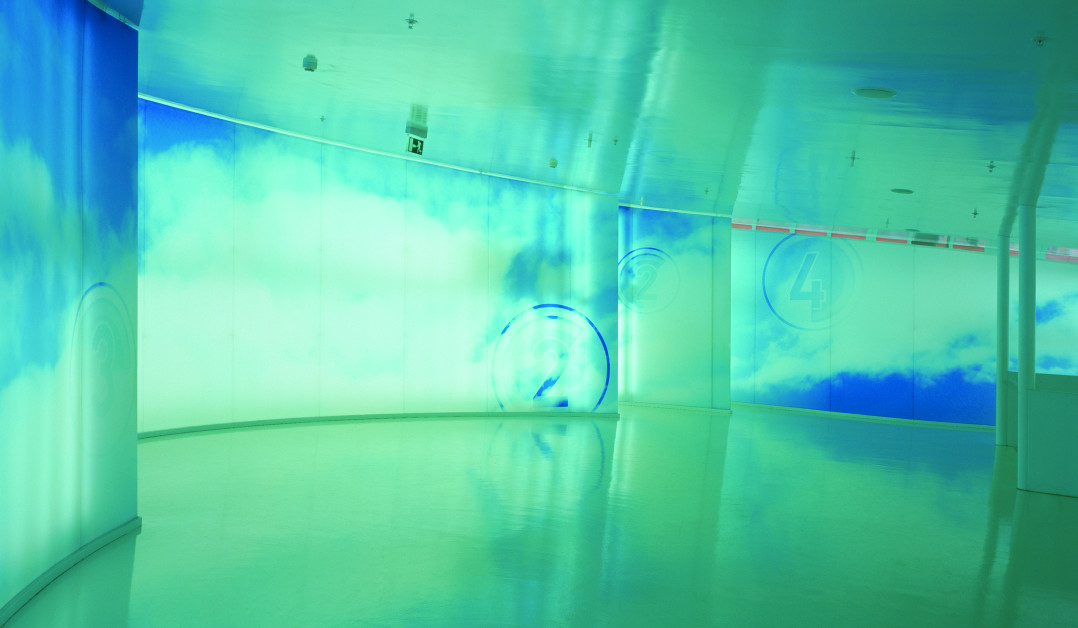 A cinema with twelve screens, sentimental stories with numerous surprises. Couples from four generations and all Swiss language regions meet in a romantic setting - in a cozy hotel in Graubünden. Depending on his liking and expectations, the viewer can decide which story and which person he would like to follow in the walk-in film: three times he has the choice between four short films.

The Swisslove pavilion lies under the existing roofs of the Arteplage Yverdon. The facade winds like a filmstrip around the volume of the cinema halls, thus defining the foyer with the gallery and the two transition zones. High-gloss materials and bright colors take the viewer inside into an artificial, glamorous world. In stark contrast to these mirror-white or red rooms, the barren, black-lined cinema halls can accommodate around 60 people each. The focus of visitors here is completely focused on film history. Two four rooms connected by the red changing room are on the ground floor, the last four rooms with the white changing room are on the upper floor.

At the end, the separating curtains between the four halls open: the audience experiences the happy ending together.