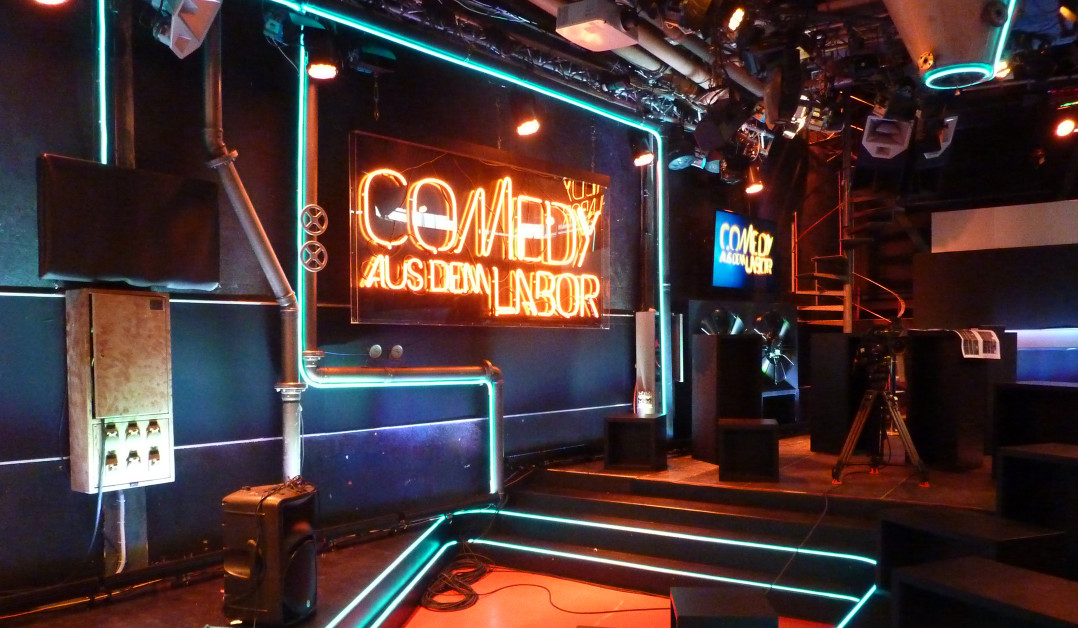 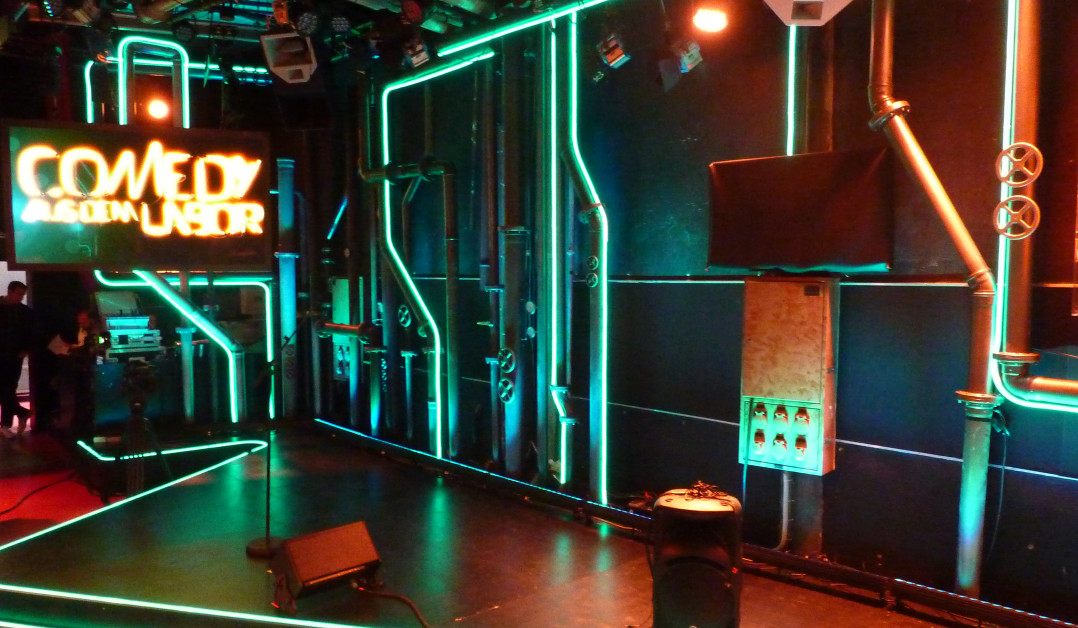 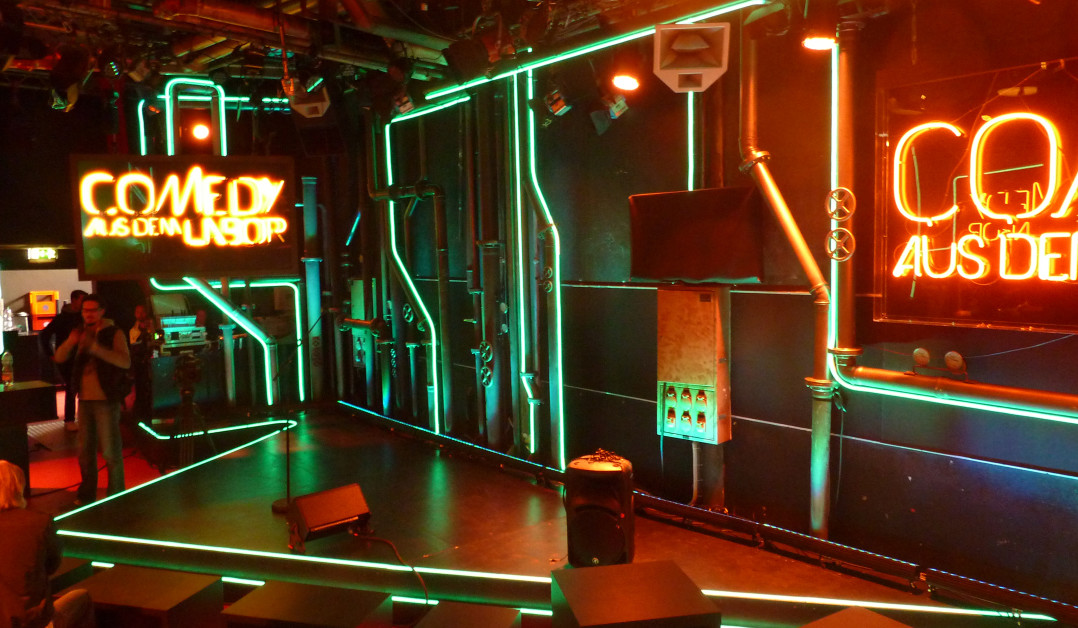 The stage design for the comedy show «Comedy aus dem Labor” (Comedy from the Laboratory) was created in the former laboratory building, where the weekly talk show Aeschbacher is also produced. The industrial infrastructure, which was preserved in its original state, was traced with tapes made of LED light, thereby exaggerating and aesthetically enhancing it.