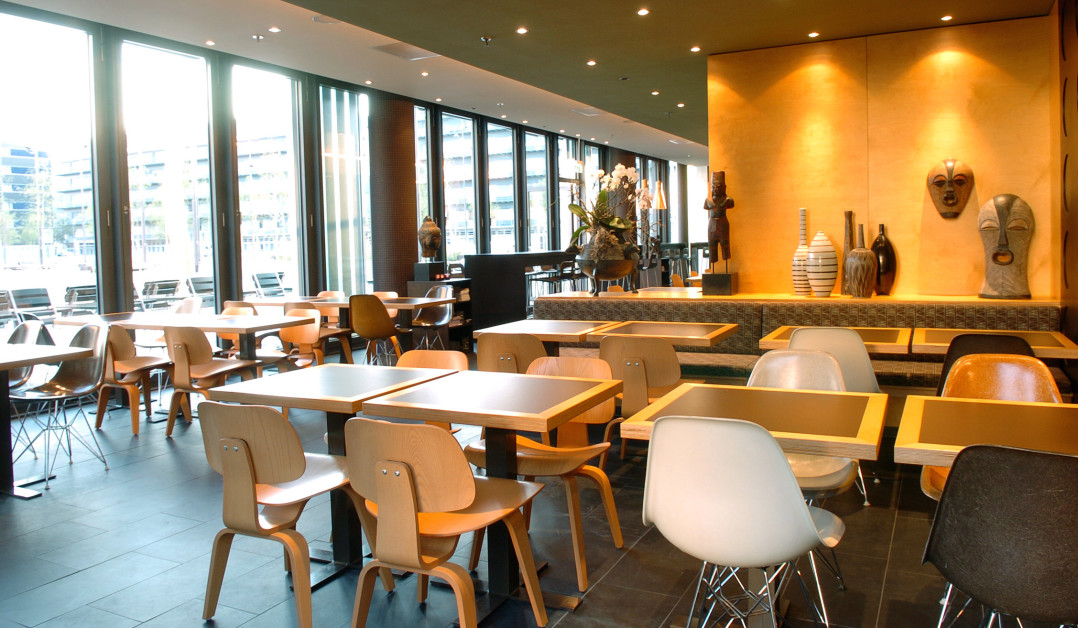 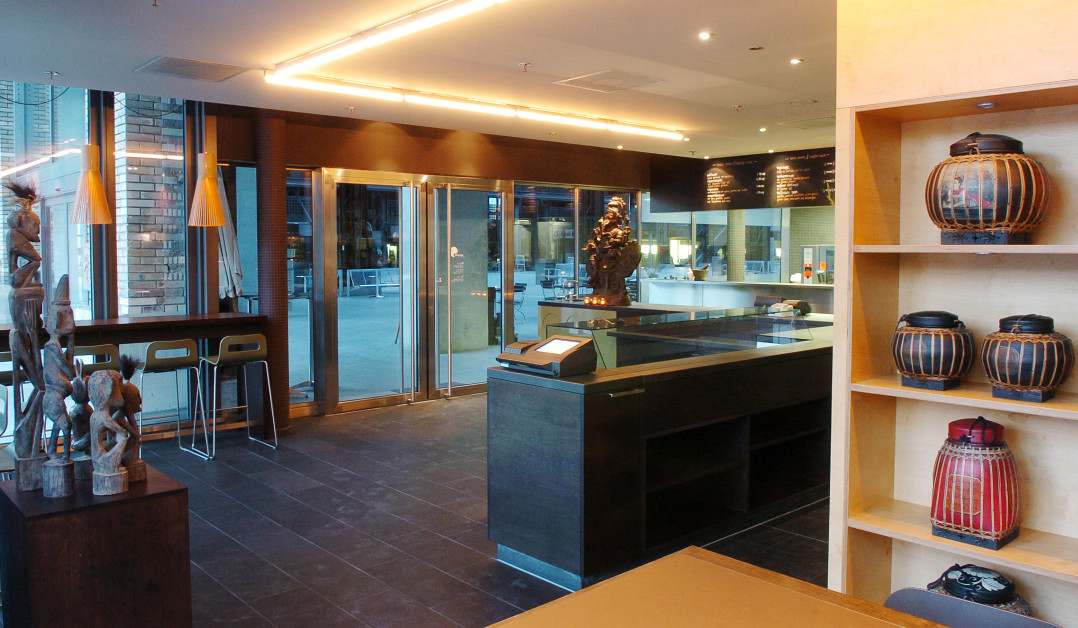 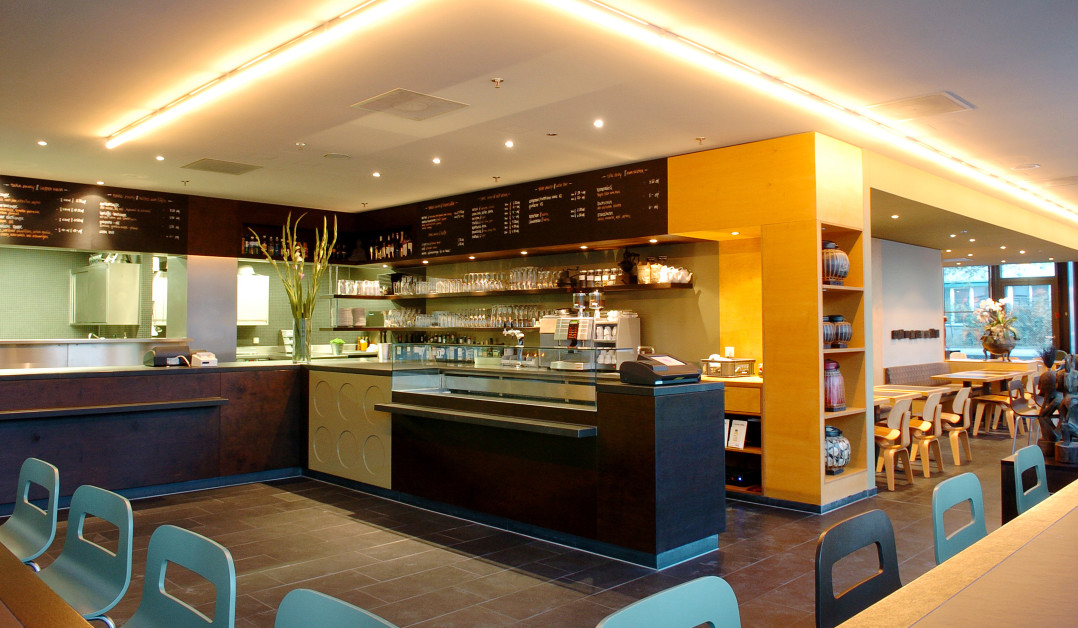 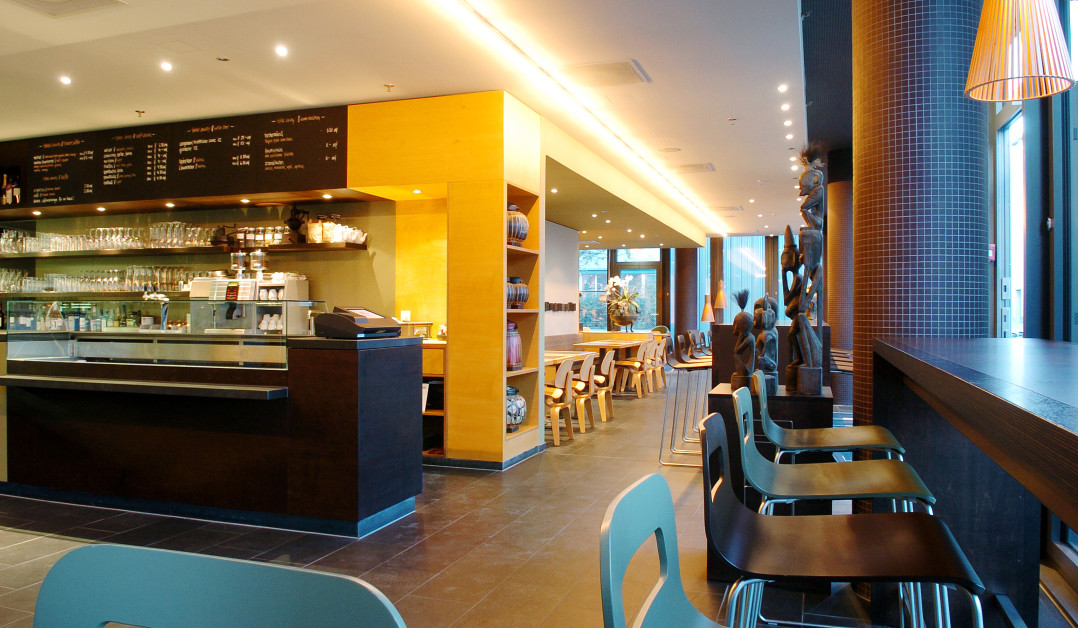 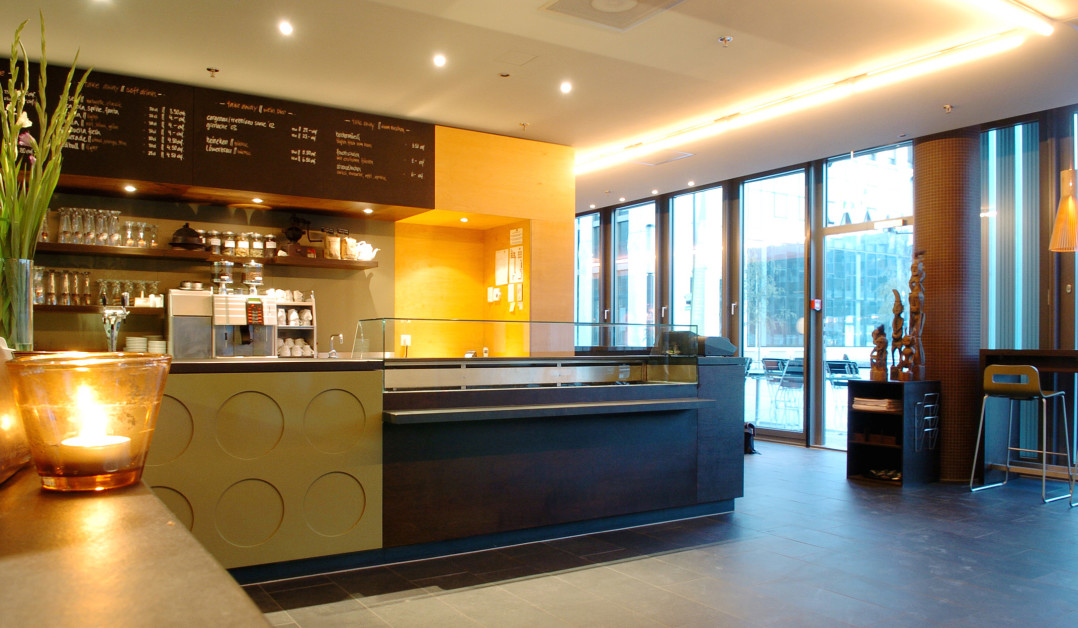 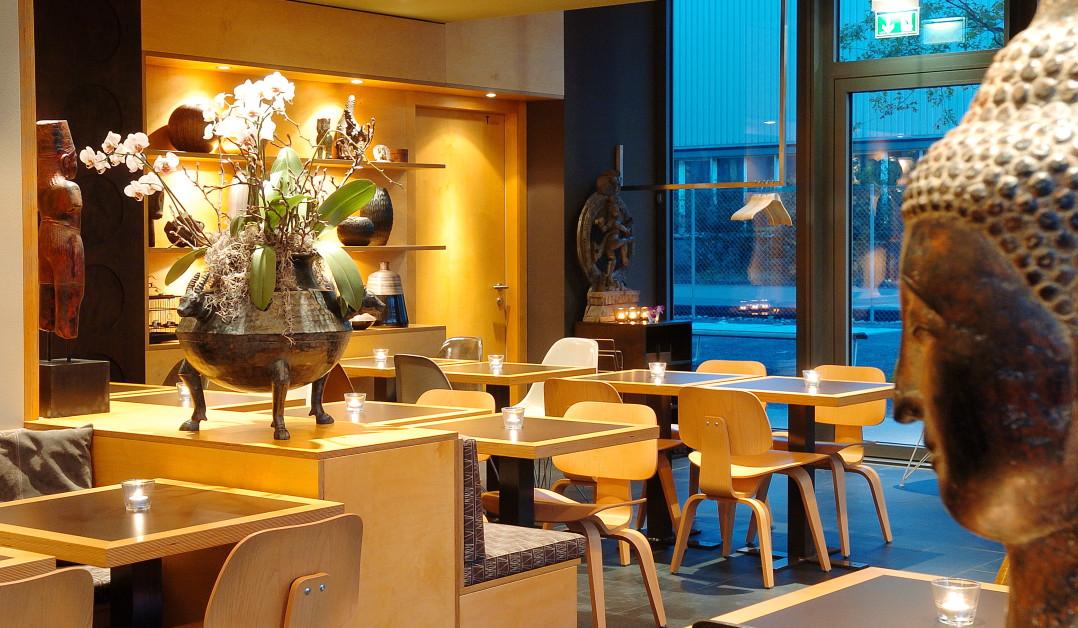 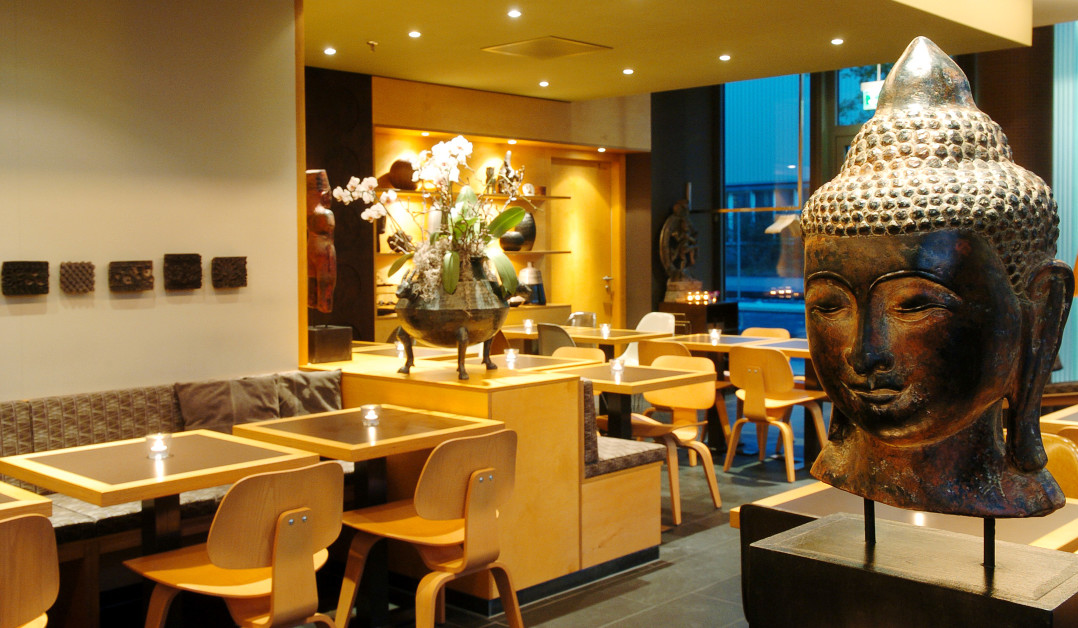 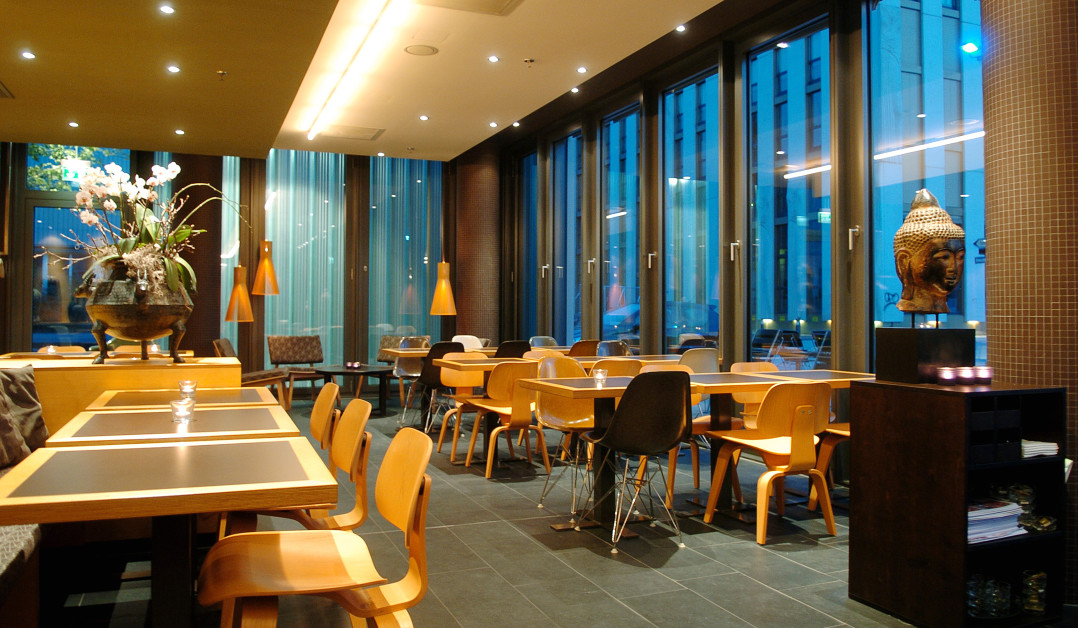 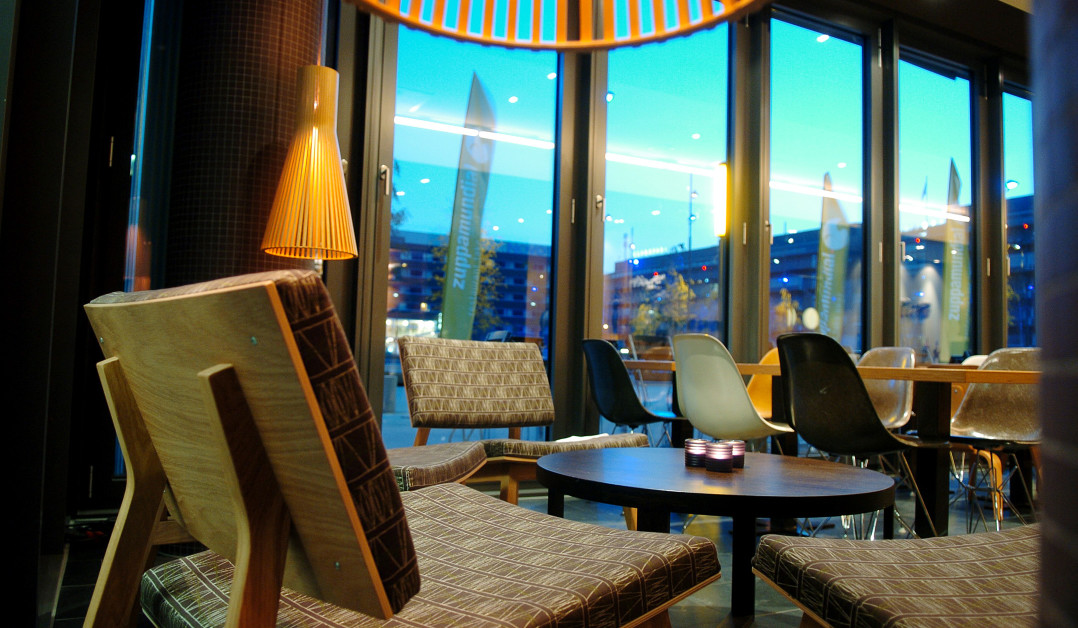 Reinterpretation of the soup kitchen

The Zuppamundial brought a trend to Zurich that has established itself from New York to London in recent years: the revival of the soup kitchen that had disappeared from the scene. The menu includes a constantly changing range of soups from around the world, which are offered both as take-away and in the restaurant.
The materials and furnishings of the Zuppamundial were selected following the modern design language of the 1950s. Glazed plywood is used as a predominant building material for tables and chairs, as well as for wall cladding and built-in shelves. The chairs by designer Charles Eames shape the character of the serviced restaurant area.
With green, brown and sand gray, the color concept is reduced to earthy tones that are applied to all materials. This stringency surrounds the guest in all areas, from take-away counters to lounge chairs, in the same warm, cozy atmosphere.
Objects from a wide variety of cultures were collected for the Zuppamundial as a reference to the breadth of the menu and the worldwide appeal of the soup meal. Like mementos of numerous trips, these are now presented side by side in wall niches and on furniture ledges, regardless of their origin.